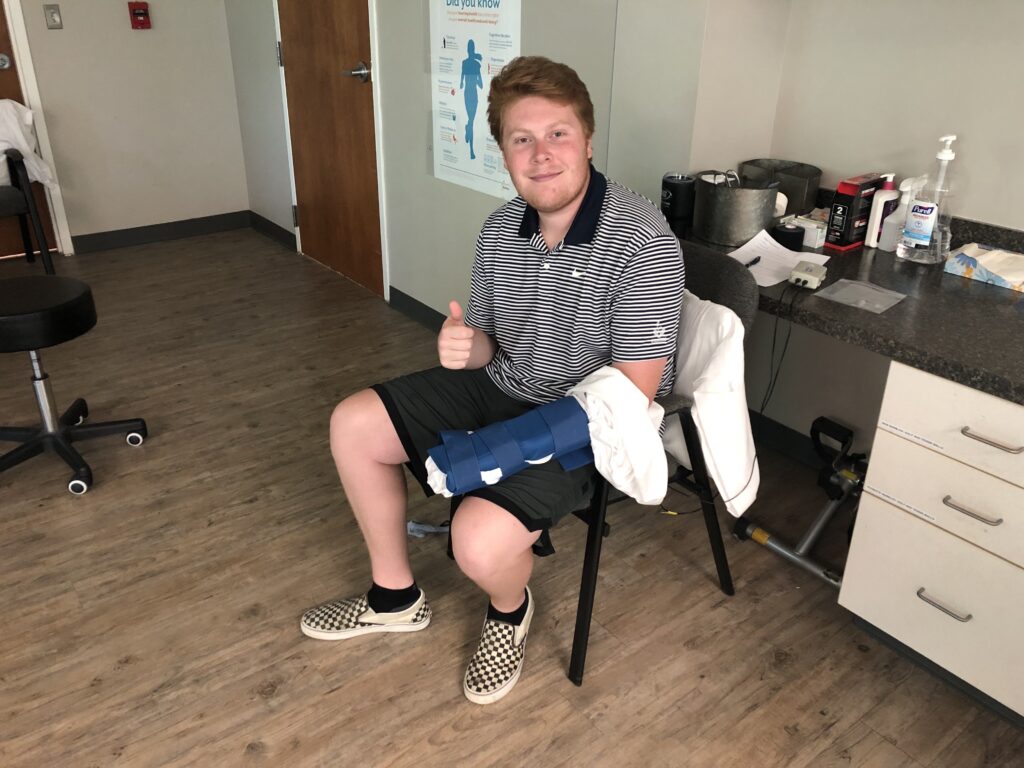 Jack Wilson loves to skateboard. It was actually a skateboarding accident that caused him to fall off a cracked sidewalk. He landed onto his palm and that’s where all his trouble began.  He had an official diagnosis of Distal Radius Fracture, which is a wrist fracture. It’s one of the most common types of bone fractures. He had to have surgery where he received 6 screws and a plate in his wrist.

His injury prevented him from doing a lot of things he enjoys such as playing video games and playing golf. He’s very active and having this injury has not only slowed him down, but its changed how he does everyday things. He works at a golf course, and his injury prevented him from performing some of the responsibilities he has there including lifting items. Jack’s primary goal was to get to a point where he could do activities without pain. About halfway through his therapy, Jack started to notice the change and that he was slowly getting back to normal. After a few more visits he has resumed all his normal tasks and he’s now at that point after coming to Elite. “Thanks to Elite I have minimal home therapy and I feel great about the therapy I have received.”

He credits Elite for being “practically responsible for how I am now almost fully recovered. Everyone was extremely nice and they stand out in their care and customer service.”

If you are experiencing any kind of wrist pain or have been diagnosed with carpel tunnel, contact us for a free consultation.  To request an appointment, click here, or call directly to one of our three locations during regular business hours:

About the Author : Julie Shoemake