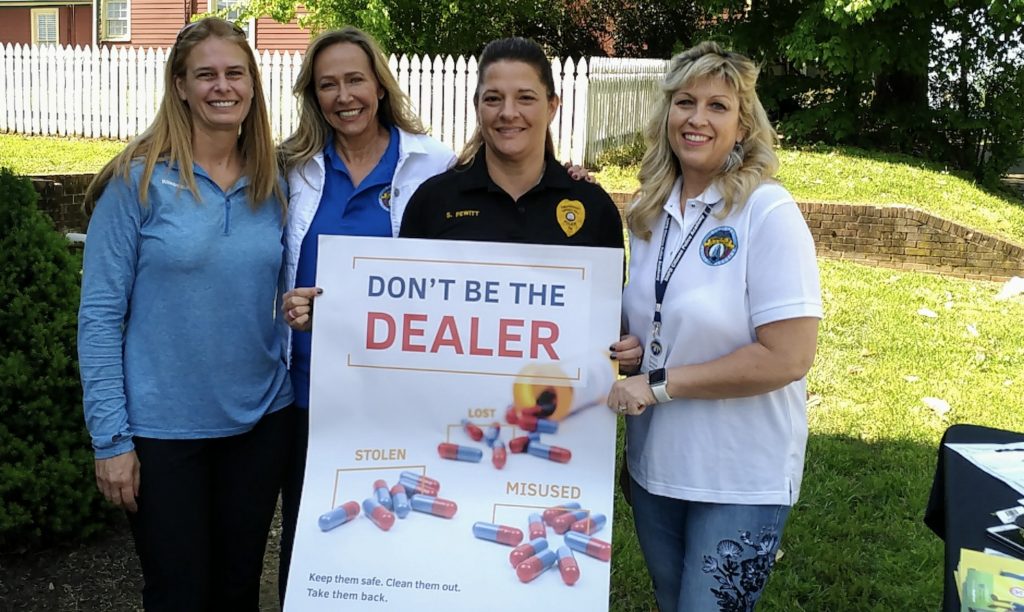 Many of you have participated in our semiannual National Drug Take Back events and we appreciate your help in our effort to support our local communities in reducing the misuse and abuse of prescription drugs.  In order to make each event more successful that the last, I recently participated in a training sponsored by Count it! Lock it! Drop it!

I was alarmed by some of the statistics that were discussed during the training, including:

To spite thinking that it “Won’t happen to me”, 52 % of individuals statewide have had concerns about a family member or a loved one becoming addicted to their opioid prescription and 64% reported that they knew someone who had become addicted.

Tennessee continues to fight back and new Drug Coalitions are being formed all the time.  Partnerships between companies such as BlueCross BlueShield of Tennessee and Count it! Lock it! Drop it! have brought a presence to the crisis in all 95 counties in Tennessee.

During the training, we engaged in identifying specific communities that are impacted and affected by the current crisis and began laying out strategies to provide support and resources to those communities as well as projects that could lead to change to make improvements.  I found the training to be very self-fulfilling being a part of such a project and to know that my concerns and the concerns in my community were being heard and supported.

Some of the resources I learned about include:

We look forward to seeing everyone at our next Drug Take-back event at our Spring Hill location at 5290 Main Street on October 26, 2019 from 10am-2pm.  Please #DontBeAnAccidentalDrugDealer, #ChoosePT.

Thank you for all of your support!